The 2nd annual conference of the East Asian Society for the Scientific Study of Religion (EASSSR) was held at Hokkaido University from July 27-28, 2019. The gathering included over 100 scholars who gave presentations on various aspects of the conference theme: East-West Encounters and Religious Change in Modernizing East Asia. The papers were presented in 30 sessions. Attendees came from Mainland China, South Korea, Japan, Hong Kong, Taiwan, Europe, and the US, and the interdisciplinary backgrounds, including theology, sociology, anthropology, and history, among other fields, made this conference particularly successful.

The first day of the conference was opened with a keynote speech from G. Clinton Godart, a Lecturer of Tohoku University. With the theme of “Religious Receptions of Darwinism in Modern Japan,” Godart reviewed the origins of Darwinism in Japan and how this was connected to Japanese religions. He demonstrated that evolutionary theory was neither passively accepted in Japan nor uncontroversial, but played active and controversial roles in the construction of modern Japanese thought. Evolutionary theory was a major concern to Buddhist, Shintō, Confucian, and Christian thinkers, who actively debated and contested the theory. As the Japanese redefined their relation to the world and to nature, and built a modern nation-state, evolutionary theory became an intellectual battleground. In the second day’s keynote speech, Professor Fenggang Yang, president of EASSSR, together with Professors Francis Jae-ryong Song, Yoshihide Sakurai, Mark R. Mullins and David A. Palmer, shared about various methods and theories in the social scientific study of religion in East Asia.

After the daily keynote speech, the conference held six simultaneous sessions, each with 2-4 presenters. The parallel sessions were composed of a range of topics, which were rich in content and covered various dimensions of religious study in the Global East. Some sessions were themed with certain religions in the Global East, including Christianity in China, Islam in East Asia, Taiwan Buddhism, Korean Fundamentalism, Japanese Gods in Taiwanese Religion, New Religions and so on. Some sessions focused on the interaction of religion and society in the Global East, such as religion and politics, religion and civil society, religion and media, and religion and gender. Notably, this annual conference featured six sessions on the theory and methodology of the scientific study of religion in the Global East, during which scholars from different regions discussed the measurement of religious observance in the East Asian context, different dimensions of religious surveys, and the mapping of religious sites in China and beyond. For the first time, the Center on Religion and Chinese Society (CRCS) introduced the Online Spiritual Atlas of China to the EASSSR conference participants. Many sessions saw scholars with diverse backgrounds presenting their studies on the same issue. For example, in one session of Islam in China, three scholars from the United States, China and Japan presented their research on Chinese Muslims. Zhen Wang, a graduate student from Purdue University, introduced his quantitative research on measuring the religiosity of Chinese Hui people. Chao Wang, a scholar from mainland China, expressed his views on the hot issue of “sinicization of religion” for Islam. Japanese scholar, Masashi Nara, introduced the phenomenon of the revival of Islam in China, and showed how Hui Muslims in China manifest their religiosity in this context.

Not only did discussion in the sessions center on religion in East Asia, but many papers also connected this topic to broader global themes. For instance, Professor David A. Palmer introduced French Sinologist Marcel Granet’s research on Chinese religion, and connected this to other scholars, including Durkheim, Mauss, Levi-Strauss, Dumezil, Michel Foucault and Pierre Bourdieu. Palmer argued there was a profound influence of these French researchers on the study of Chinese religions, and also vice versa, that the study of China in general and Chinese religion in particular has greatly influenced theoretical thinking in the West.

On July 29, some of the participants visited two religious sites in Sapporo, a Buddhist temple and a Shinto shrine, where they were treated to introductory lectures given by religious specialists. The successful holding of the second annual conference of EASSSR provides a solid academic platform for the scientific study of religion. The 2020 conference for EASSSR is currently scheduled to be held in early August on the South Korean island of Jeju. 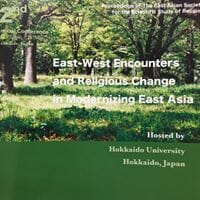 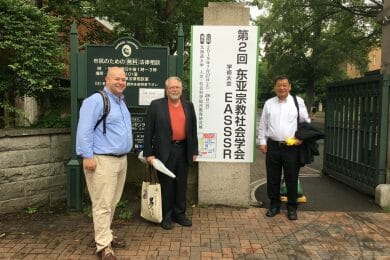 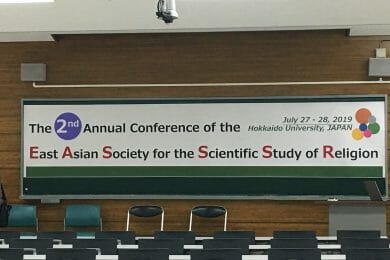 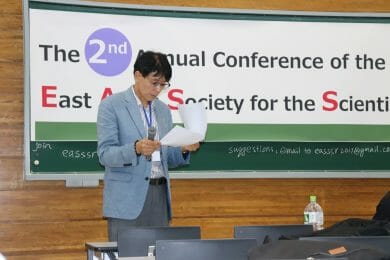 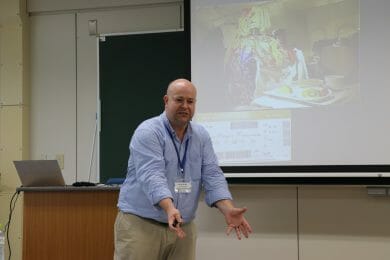 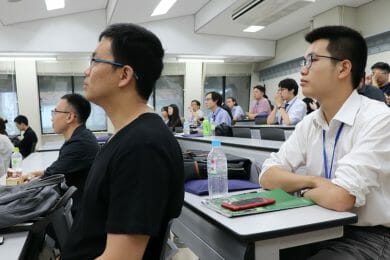 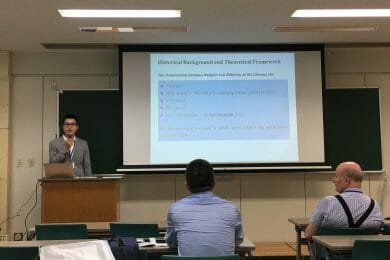 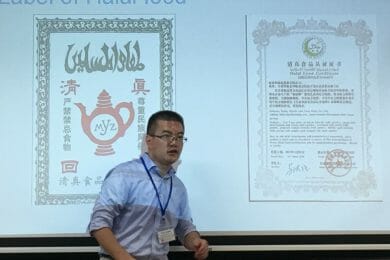 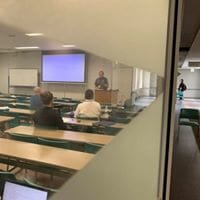 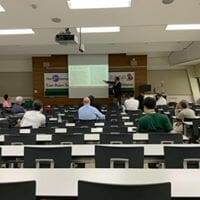 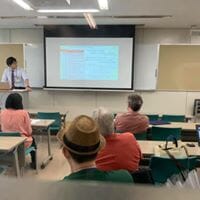 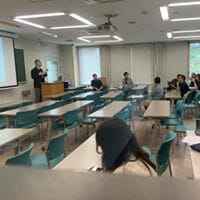 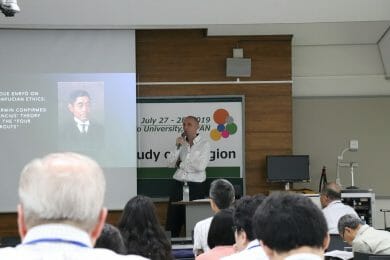 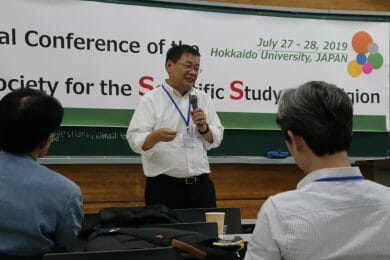 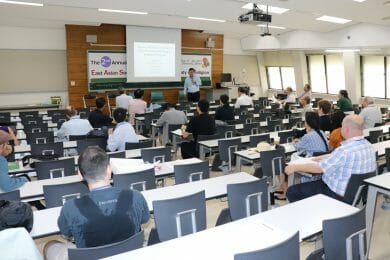 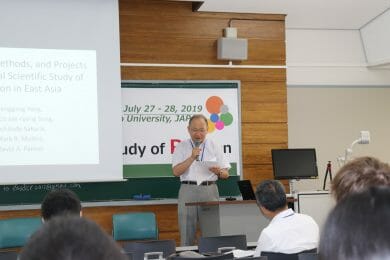 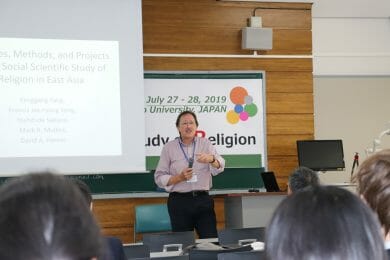 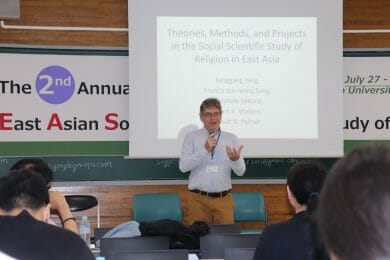 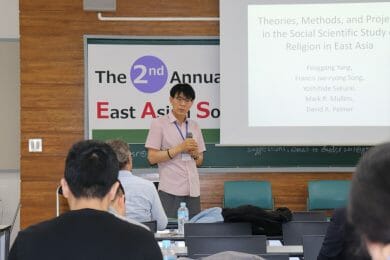 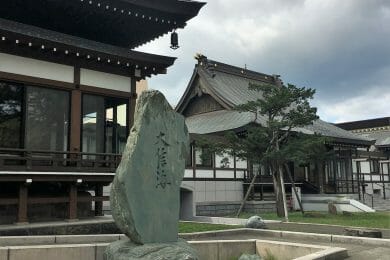 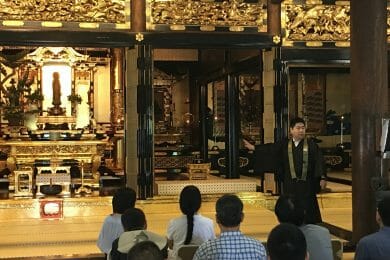 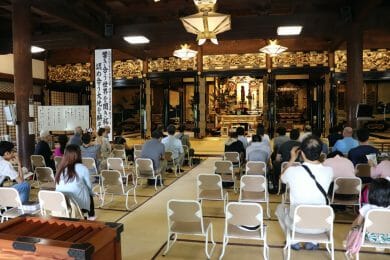 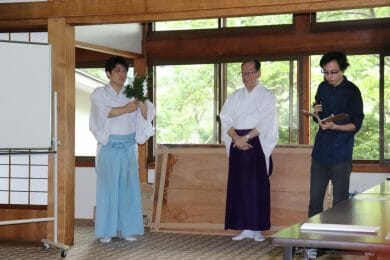 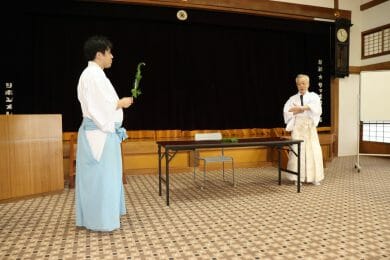 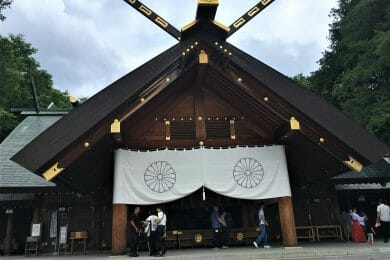 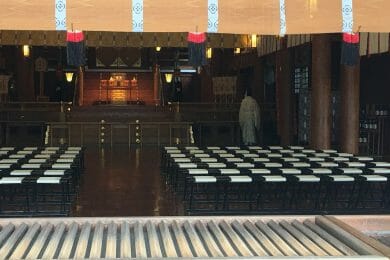