On October 7th, Professor HE Guanghu was invited to Purdue to give a lecture titled “The Dragon and The Dove: Nation-Statism and Catholic-Protestant Christianity in China Today”.

In his lecture, Professor He made a very important distinction between two concepts: “nationalism” and “statism”. Unlike normal nationalism, statism is often manipulated and distorted by the government. According to him, it is statism that has motivated those “selective” patriotic actions by Chinese youth in recent years.

The dragon, as Professor He clarified, is exactly the totem of this statism. Though often calling themselves as “descendants of the dragon”, most Chinese have forgotten two facts. First, the dragon was only the token of the emperors. Second, the dragon was originally a man-eating evil monster. For about 1200 years since the first entrance, Christianity in China has experienced dramatic ups and downs, which, according to Professor He, were strongly related to the fluctuations of statism. In fact, the relationship between Christianity and statism is quite negative.

Professor He further suggested that, for Chinese churches in opposition to statism, the best symbol of nation should be the dove, especially the flock of doves. The dove appears weak and not rival to the dragon. But the dove without ambiguity symbolizes peace and harmony, which is valued by Chinese culture and all the human being. If Chinese want to send a message to the world, it should be the dove rather than the dragon.

Professor HE Guanghu is Professor of Religious Studies and Christian Studies at Renmin University of China in Beijing. Professor He is also among the 303 original signatories of the Charter 08. 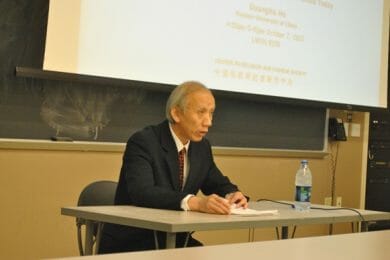 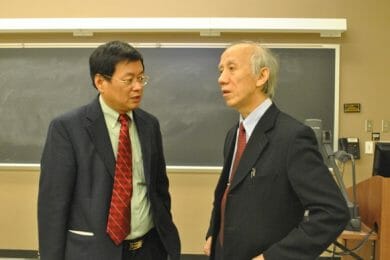